OH DO KWAN is the civilian version of CHUNG DO KWAN. Basic self-defense training is identical between the two. The only difference is in their intended uses:

CHUNG DO KWAN - Full military-style combat training, including use of bladed weapons and firearms. Founded by Won Kuk Lee, in the 1940's.

Both are considered to be included in the 9 'original kwans' - the 9 schools of training that made up Tae Kwon Do at it's inception. And members of the Chung Do Kwan school were involved in the founding of the Oh Do Kwan school a few years later, being handpicked by Lee and Choi, to head up the development of original Tae Kwon Do.

All students here get full Oh Do Kwan training, which includes defense against guns and bladed weapons. And all students get the option to train with traditional old-style weapons (long and short staff, fighting stick and sword) for competition, if they want to. Senior students also get some of the military Chung Do Kwan applications for bladed weapons. We don't teach gun use here, as that is outside our venue (unarmed self-defense). However, there is a certified handgun Instructor on our Black Belt staff, and several of our staff members are military veterans, with weapons experience, so your gun-defense training will be top-notch, as well.

Something that surprises most people... Tae Kwon Do is NOT useless on the ground! Our training includes one opponent/two opponent and multiple opponent scenarios. AND - ground-work, close-contact and vehicle scenarios (cars, buses, trains, airliners, and so on). It's not a new idea; all that training was included in the original make-up of the art, 75 years ago. It's just that many people have forgotten it, or chose not to learn it. So much so, that now, much of it is not taught anywhere!

As you can see, in practice, training and use... both styles are indistinguishable from one another. You literally can't tell them apart! We train in both, regularly, and often on different parts of the mat at the same time, in the same class.

Traditional Oh Do Kwan is the civilian side of traditional Chung Do Kwan. The two styles are nearly the same. The only difference between the two is the absence of military infantry training to use bladed weapons and firearms as the primary attacking tool. We teach students to defend against an attacker with a knife or gun, but we do not teach students to attack with weapons. After all - this is training in 'Unarmed Combat'! The only source of training like that is through joining the military and going through 8-12 weeks of boot-camp and another 8-12 weeks of Advanced Infantry Training.

Since Master Hughes is a military combat veteran, and his instructor, 9th Dan Grandmaster Robert Dunn, is as well - you will still get the quality training you need to defend yourself in weapons scenarios. It also helps that there are over half a dozen US military veterans studying here! Over the years, Master Hughes has helped 4 students do their workups to prepare for military service and bootcamp, 2 who have gone on to BLET training... and one who became a US Secret Service agent!

At the end of the day, it cannot be argued which is better: Oh Do Kwan or Chung Do Kwan... they're the same art! But we do make the stand that 'Old-School' is a lot better than 'New-School'! We're not against modern teaching methods, we use many of them daily; but we do take strong measures to ensure that trendy 'short-cuts' don't worm their way into our training. All those technical details were put there for a reason, the experts that created this amazing art acheived something of pure genius: a quick, easily learned, deadly art that gives even the smallest person a fighting chance against 1 or more attackers, hundreds of useable tactics, and an effective way of remembering them.

The following article gives some insight into how Oh Do Kwan came into existence, from it's early Pan-Asian roots, through Chung Do Kwan, and on to its' prime, early Traditional Taekwondo.

When practiced as intended, our art offers you a rigorous, balanced, full-body/mind workout, promoting efficient use of the body’s resources through smooth, anatomically safe movements. These movements include numerous methods of defending/attacking with every part of your body. It also helps develop peripheral vision, situational awareness, and rapid-reflex response. When conciensously taught, and properly executed, it is an intriguing, energizing and impressive art-style and a fully functional and extremely effective self-defense system.

THE ARTS IN THE MID 20TH CENTURY-

While originally related to Tae Kwon Do (TKD), Chung Do Kwan actually predates that art by over a decade. The first Chung Do Kwan school opened in Seoul, (unified) Korea, in 1944, while the country was still under Japanese occupation. That school , opened by Won Kuk Lee, was soon shuttered by the Japanese Governor of Seoul, but Lee was able to reopen his school again shortly afterwards. At the end of  World War 2, Lee's Chung Do Kwan school became the primary training facility for the new South Korean National Police Force. In the early 1950's a South Korean Army officer, Choi Hong Hi, was commissioned by the new president to create 'the most effective, most complete' martial arts system ever seen on earth. The new system was to be used to train the ROK army, and was meant to provide a spiritually uplifting force to reunite and reinvigorate the Korean populace (who had just suffered through 34 years of war and military occupation).

Choi Hong Hi recruited the well known Chung Do Kwan Master, Won Kuk Lee, and other notable martial arts personalities of the day. Lee and Choi had both studied Shotokan Karate, at Ginchin Funiakoshi's school, in Japan during the 1930's, and so therefore were familiar with each other's styles. Over the next two years they set out to do as ordered. The new art (later called Tae Kwon Do) was largely based on Chung Do Kwan, with additional inputs from nearly a dozen other Asian martial arts. As with all great things, politics and personal rivalries soon erupted. Within a decade, Tang Su Do, Hapkido, Song Do, Chang Do, Muk Do, Tae Kwon Do and Chung Do Kwan practitioners had gone their separate ways, and for the most part, went back to their original, single styles. But the Oh Do Kwan and Chung Do Kwan schools remained more closely aligned, and retained all of the recently compiled and shared technical training, until the mid 1970's.

As South Korea began campaigning to get TKD accepted into the Olympics, they began modifying the training to make it more adaptable to sport style scoring (after all, in a refereed competition, someone has to score the most points!). This is where the two art styles diverged. While TKD, and later on, American/European Karate, began to resemble sports more than martial arts, Chung Do Kwan retained it's original, impressive self defense capabilities. So much so, that even now, over 40 years after the split, Chung Do Kwan still forms the basis of training programs for national police and military forces in many countries, and was used as the core of the US military's MCAP combat training program, still in use today.

Modern American (and South Korean) Tae Kwon Do and American Karate are characterized by a disproportionate emphasis on high spinning and jumping kicks. The 'Traditional' Tae Kwon Do taught all across America nowadays, and in seemingly every strip-mall, has been modified over the years to make it more acceptable for Olympic-style competition. The training has been modified, streamlined and minimized to make it more acceptable to customers who have lesser interest in martial arts, but do like the idea of competing in events (Olympic-bound or not) or who are mainly looking for an aerobic workout. Authentic (original) Oh Do/Chung Do Kwan (original Tae Kwon Do), by staying true to it's roots, was sidelined and forgotten by many commercially driven schools, and is now a rare art in the modern civilian world.

THAT'S WHERE WE COME IN -

In 2009, after practicing Tae Kwon Do at two different American TKD schools for 8 years, Master Hughes was becoming increasingly dissatisfied with the self defense training the art offered, suspicious that it had been changed or abandoned, and feeling that it was sorely lacking in many of the self-defense components he had learned in the US Navy. A chance encounter with another practitioner, Master Anthony Casapao, launched Master Hughes on a 44-month journey of exploration and discovery. During that 3 and 1/2 year time period, Master Hughes, Mrs. Hughes and their sons Michael and David Hughes, searched out, met and worked with many old-time practitioners of the original arts.

In total, 11 Black Belts from 5 different schools in 3 separate states (and in several styles of TKD and Karate), combined their knowledge and experience for the project. It required many hundreds of hours of studying old manuals, viewing and reviewing vintage films, and working out with willing contributors in whatever odd place presented itself. During that time, late-night long distance phone conversations till 3 or 4 am were routine; discussing techniques. Many times participants would drive an hour or two or more, to meet and workout together in parks, parking lots and whatever available buildings presented themselves. The total combined experience of the people involved, totaled more than 270 years of intense martial arts training, from all over the world!

Whereas some schools 'also teach hapkido", or offer 'aspects of judo and jujitsu', or have tried adding some outside self defense training, in order to bolster their effectiveness in training, Jung Kwon Academy offers you straight-up Oh Do Kwan, as it was originally intended.

It's a blend of circular movements that protect your joints; aerobic exercises to improve your endurance, response training to give you fast very fast reflexes, and development of efficiency of movement in order to maximize your own abilities. We don't have to add anything - it's all there!

Come in and try a class with us, you'll see aspects of many different arts flowing through your training routine, from the beginning of class, till the end. Hapkido, Jujittsu, Judo, Hekido, Kwon Bop, Aikido, Nothern Chinese/Mongolian Long Fist, Tai Chi Chuan Yang, Shotokan, Shorin Ryu, Okinawan Te, Wing Chun and Shaolin Kung Fu...  they're all there, every day, in every class! You'll develop more abilities, faster, and easier, and you'll soon find yourself able to manage techniques you never thought possible!

And - because it is a fully integrated art, designed from the ground up, to be good for your body - you won't be experiencing pulled muscles, torn hamstrings or any of the other 'normal' American-style training injuries. Our students, get more, do more and pay less, and they do it all without needless injuries.

JKMAA  broke the modern 'mold' of operating as a 'strip-mall studio' type of profit driven, mass production enterprise. We are the least commercialized of all martial arts schools in Western North Carolina, and we intend to stay that way! Our students get more (more training, more attention, more support, more benefits, more freebies), and pay less; and that's the way we like it!! 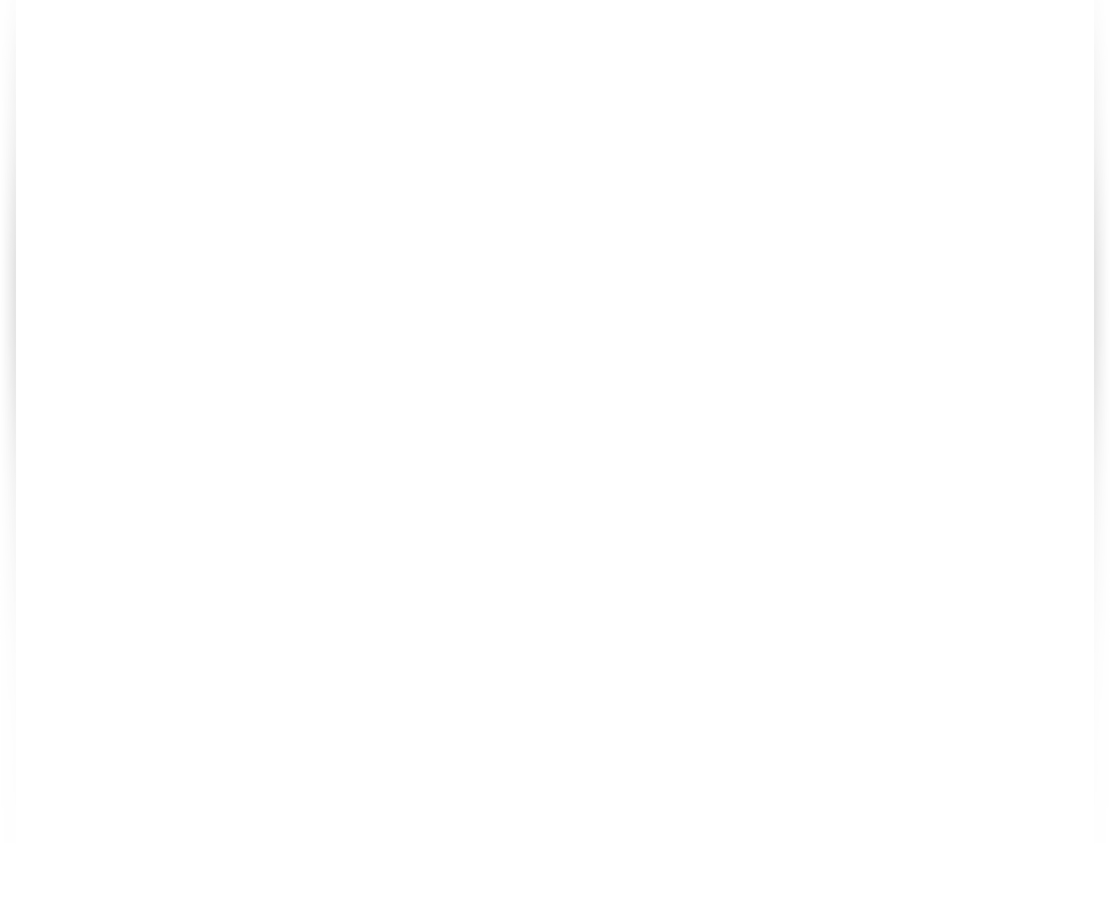 OH DO KWAN vs. CHUNG DO KWAN: What's the difference?

David is 35 years old, and was injured in an auto accident 11 years ago. Practicing traditional Oh Do Kwan/Chung Do Kwan helps keep his lower back flexible and functional. This art was designed for fighting, adapts well to sport competition, and is absolutely wonderful for promoting and preserving physical and mental health.

4th Dan Master rank Black Belt Malinee Hughes is 62 years young! Here, she demonstrates an escape move from being grabbed by an adult male attacker (in this case, her son, 37 year-old 4th Dan Master Michael Hughes). When we say that this original old-school art can keep you younger, for longer - we're not kidding! 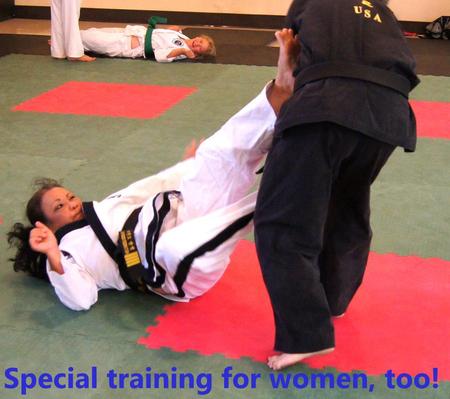